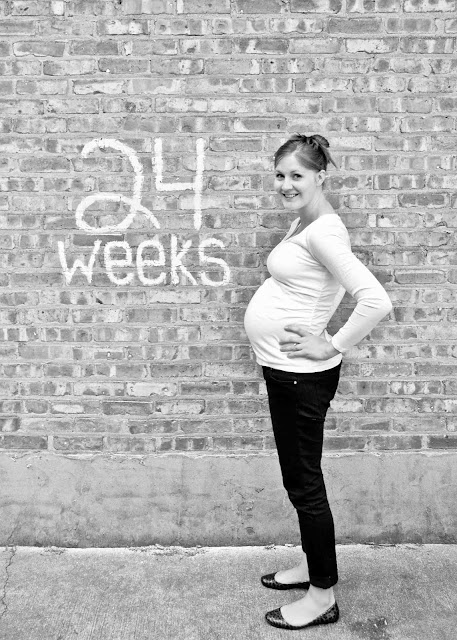 So I have been terrible about the weekly photos.....because it's been a month.  You are not the only ones to have noticed.  My neighbors and friends are now even asking me why the delay.  Oops.

So to everyone who follows the blog or walks or drives by my house - I'm back.  The chalkboard wall is back too so you can all know what week we are on.  By the way, I'm a week behind and now really at 25 weeks.  Sorry.

Week: 24
Baby K: Baby K is the size of an ear of corn at over a foot long or maybe a better comparison would be a Subway foot long.  She not only broke the 12 inch mark but also the pound mark and now weighs over a pound.  Her taste buds are developing as well as her lungs.  Oh and she is slowly getting rid of that translucent skin.  Now if only I could do the same, c'mon on summer sun.
Symptoms:  Feeling great.  Getting used to having a belly.  It actually doesn't seem that large anymore.
Cravings: Salt.
Aversions:  None.
Bump: Growing and fortunately for now it is growing outwards and not sideways but I know I still have a long ways to go.
Looking forward to:  Taking her on her first trip oversees to her father's homeland - Scotland.  Of course, she will be in the womb but it will still be a fun adventure.  And easier for us than if she was outside of it.
Missing the most: Deli meat.  I never thought I would ever say that but all I really want right now is a good turkey sandwich.
Pregnancy milestone:  Well it's not exactly a pregnancy milestone but we just celebrated with my first baby shower.  We were spoiled rotten.  Oh and maybe just increased movement - I can now watch her move and kick.  So cool and sometimes kind of creepy. 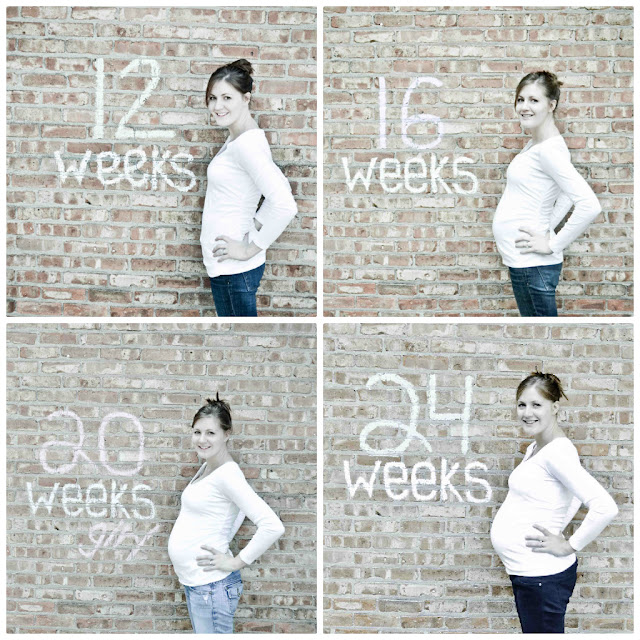 You look adorable! And you can have deli meat- just make sure it's steamed! :)