a birthday and a blizzard 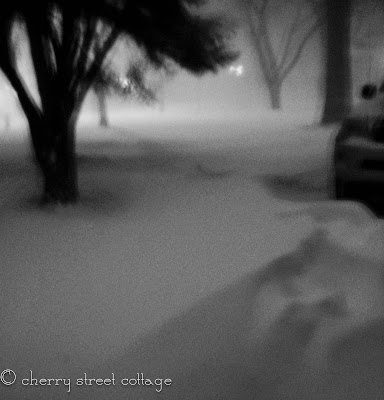 This would be blurry due to the wind and circling snow....it was definitely white out conditions. 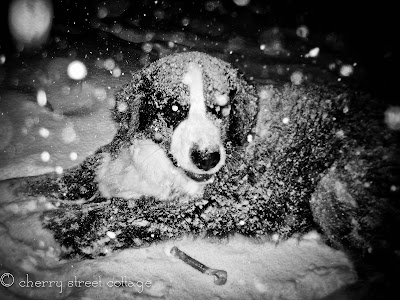 The blizzard, affectionately known as snowpocalypse, snowmageddon, or thundersnow, arrived Tuesday night and continued until Wednesday mid-morning.  Which happened to be my birthday.  It was quite a thrilling day - a birthday, groundhog day, a blizzard and all business shut down!
By the time we went to bed Tuesday night the snow was already accumulating fast and the snow drifts were forming.  And the blizzard was just getting started.
When we woke up, it was still pretty nasty out.  Hudson and Lola didn't mind though.  They loved running through the snow that was up to their backs.  It was hysterical.  I'll try and get the video footage up soon. 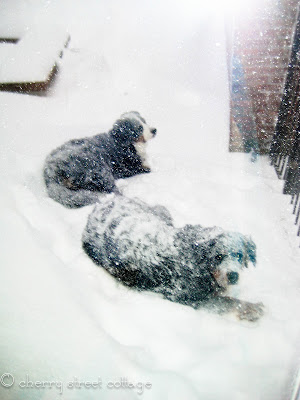 So while they rested in the storm.  I started my birthday on a different note. 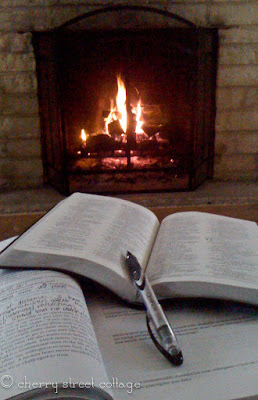 Resting by the fire with my devos.
Brandon made me a fire and I had a nice extended devo time.  It was so lovely.
By the time I was finishing up, the wind had died down and the sun had come up, which means we spent the rest of our time outside shoveling, playing and re-shoveling.
It was so beautiful out. 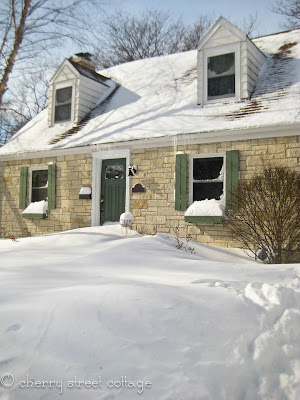 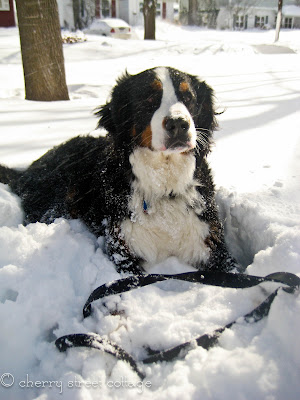 The dogs loved the snow.  They had a bit of extra energy.  Lola kept jumping up on us - yes I am standing with the camera up by my face to keep her away and her little nose still got in the picture.  I have a lot like these. 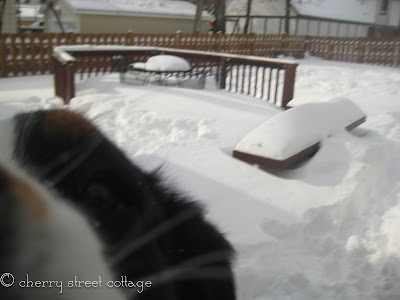 Yea....we don't have a snowblower.  Definitely considering investing in one now.  But how often do one of these massive blizzards come along??? 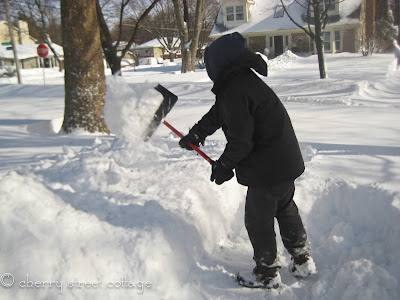 It took a very long time to dig out half of our driveway.  A very long time.  Especially since we only own one shovel.  Silly us.  I have to say though, it was a great workout and made enjoying my birthday cake all the better.
The rest of the day was spent in fairly boring, non-blizzard activities but we ended the night with an adventurous drive over to my parent's house for cake, gifts and Wii.  I don't have much experience with Wii but I may be addicted.  It was SO much fun.
And today, well I took a vaca day for myself.  I really didn't get to relax or craft like I had hoped yesterday on my birthday day off so Bran encouraged me to take one today - and I am REALLY enjoying it.  Off to lunch with my mom now.
Posted by Unknown on Thursday, February 03, 2011
Labels: Celebrations, Puppies
Email ThisBlogThis!Share to TwitterShare to FacebookShare to Pinterest